Curracabark and Myra’s natural environment has been noticed as a scenic and productive valley for both its natural life and beef cattle by visitors and local people alike. Like so much of Australia the Curracabark, Myra and Pigna Barney valleys have their own special look. Lower grasslands front clear running rivers and creeks and the uplands of native pastures with scattered timber rise up to the 1000 metre high mountains with their native forests.

It is a duty of land stewardship that the environment is cared for while agriculture is pursued in it and the connection between environmental health and beef production is easily seen to be very strong. 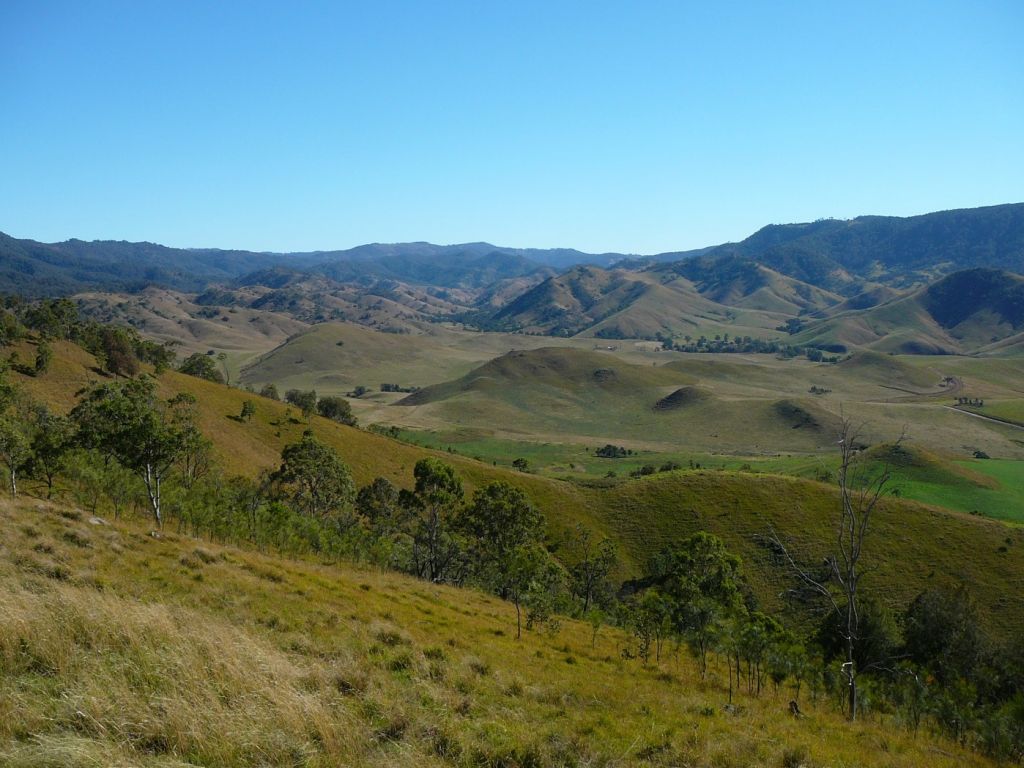 Ever since the Australian Agricultural Company first grazed cattle at Curracabark in 1835 the cattle still live alongside a large array of native wildlife. The natural environment appears quite healthy with 180 known vertebrate fauna species and over 100 known flora species plus a wide array of invertebrates and soil microbiology. The last decade has seen the arrival of six new bird species from other districts, now making 135 recorded species, a lift in the soil biology counts for the pasture improved areas and a large increase in the numbers of top predator birds and mammals. 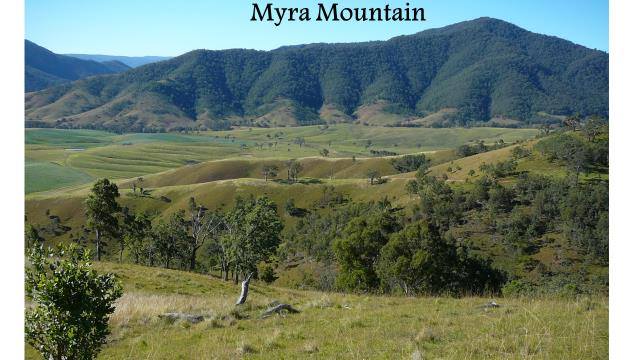 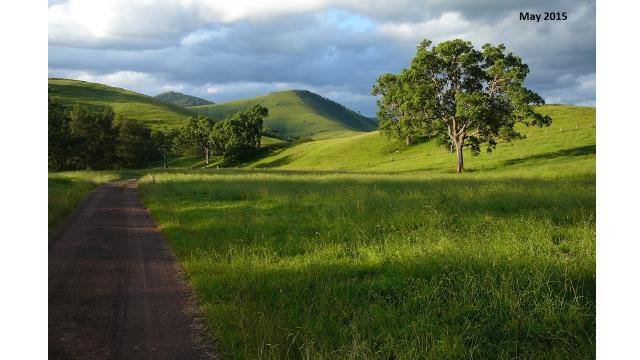 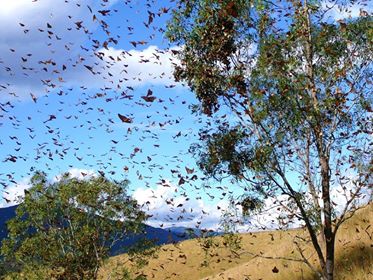 The cattle are managed so that there is always 80% – 100 % ground cover of permanent, deep-rooted species that are able to sequester carbon into the subsoil for carbon abatement, improved soil fertility and extra water holding capacity. Ground spread natural fertilizers (slow release soft rock phosphate and liquid ferts that minimize losses of nutrients into streams) add to the beef production on 1000 ha of improved pasture land. Improved pastures of mainly paspalum, cocksfoot, chicory and clovers are judiciously destocked to allow seed set and regeneration and resting during dry times. 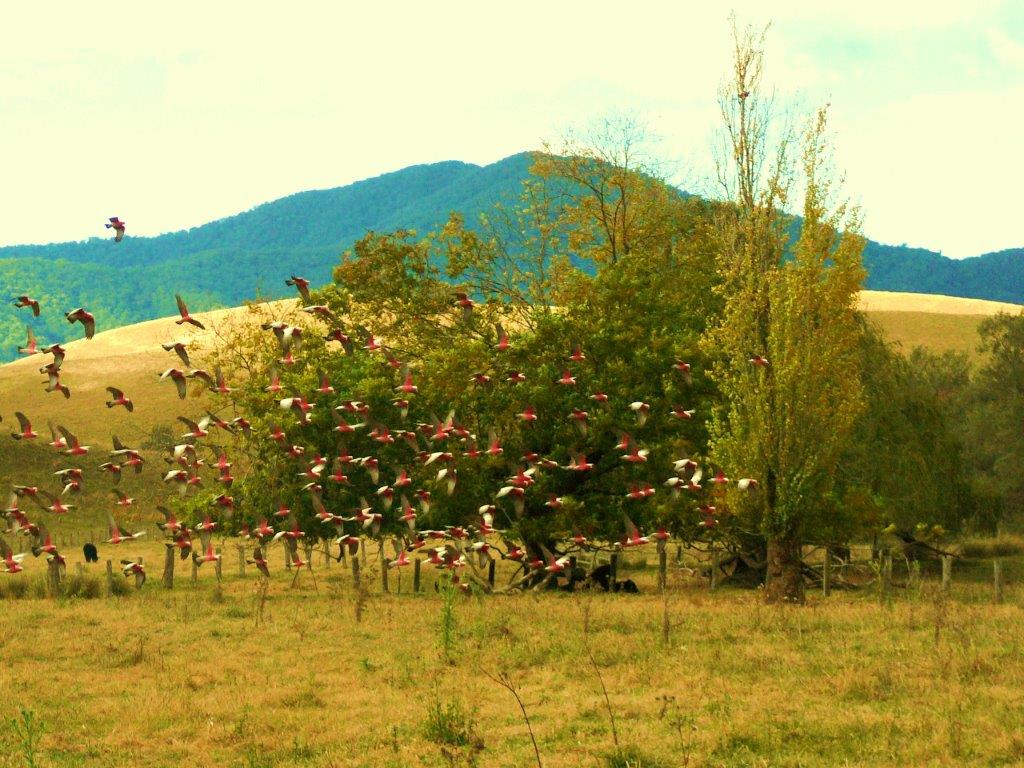 Soil improvement projects in conjunction with the Local Land Service have increased soil carbon, (up to an extra 2%). Over 5,000 native trees have been planted for livestock shade, wildlife corridors and aesthetic effect. The Federal Government’s assistance via the Farming for the Future Fund is definitely an effective way to improve landscape that adds to the natural environment while lifting profitable beef production and the local and national economy. 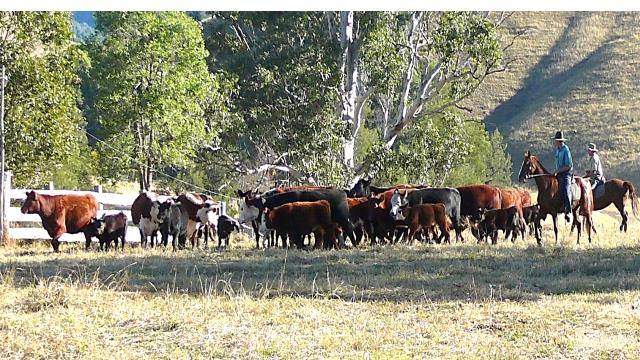 Livestock management is a constant effort for improvements. Stock health is effectively managed with expert help from professional veterinary and nutrition advisers. Areas of intensive management are monitored carefully to observe that adequate food, water and shade is always available to all stock, that they have enough space and are in good health during transport. The introduction of the polled gene to the commercial herd and the treatment for parasites that affect the stock’s wellbeing plus regular observation all help to properly care for livestock. 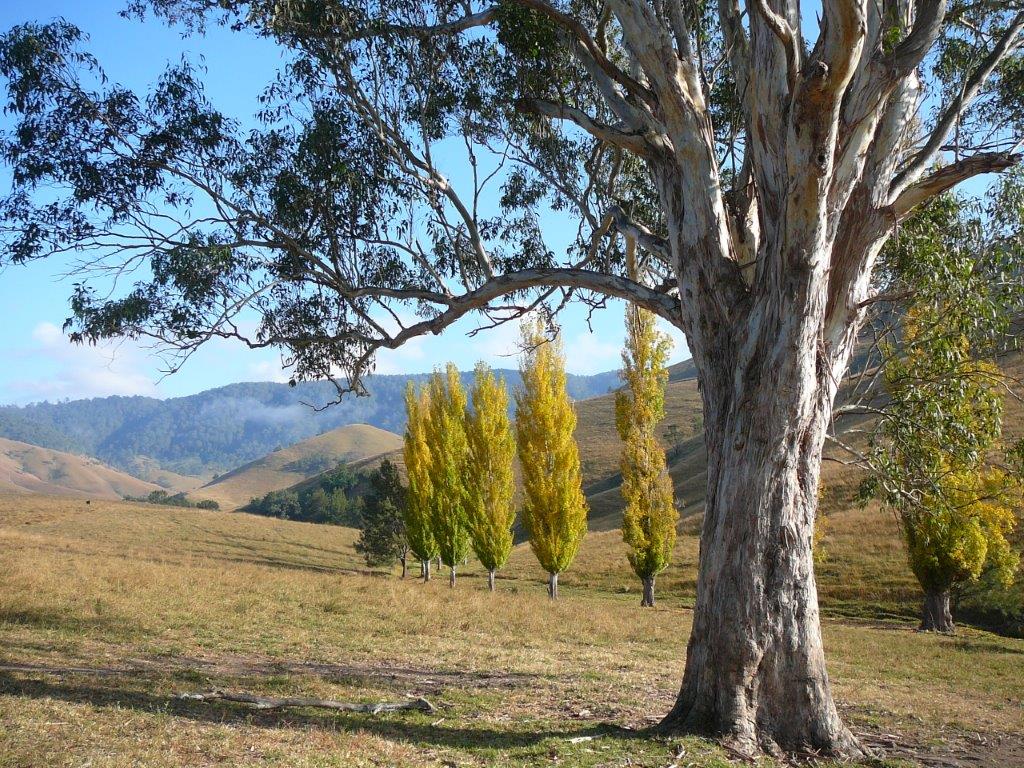 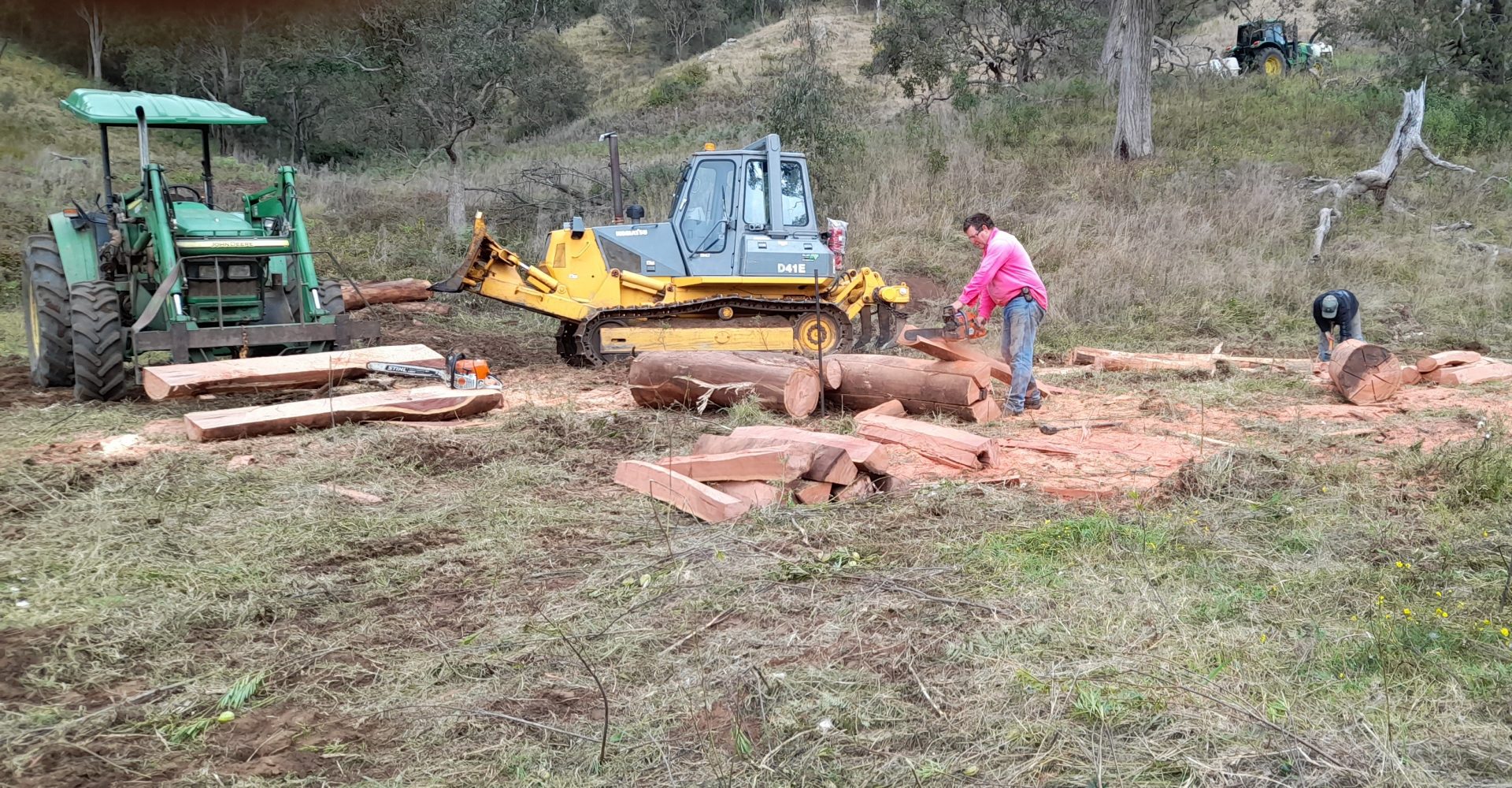 200 ha of the property is untouched rainforest and eucalypt forests, 200 ha is old growth eucalypt forest and further 200 ha is government regulated, sustainably harvested hardwood eucalypt forest supplying wood for housing, bridge girders, power poles and so on. 2,400 ha of native grasses are sustainably grazed as they have been for the last 180 years. 4 kms of tree corridors have now been planted to provide cattle shade and wild life corridors connecting the National Parks on the southern end of the New England Plateau to the private forests on the northern end of the Barrington Tops.

The land stewardship of Curracabark, Pigna Barney and Myra still has much to do to improve on with soil biology the current focus. It is hoped ways can be found with the aid of research to unlock the stored nutrients that are currently there but unavailable to plants.

The current land managers are working to see the area grow with both its beef production and natural diversity so that it remains an attractive and productive place to be for all. 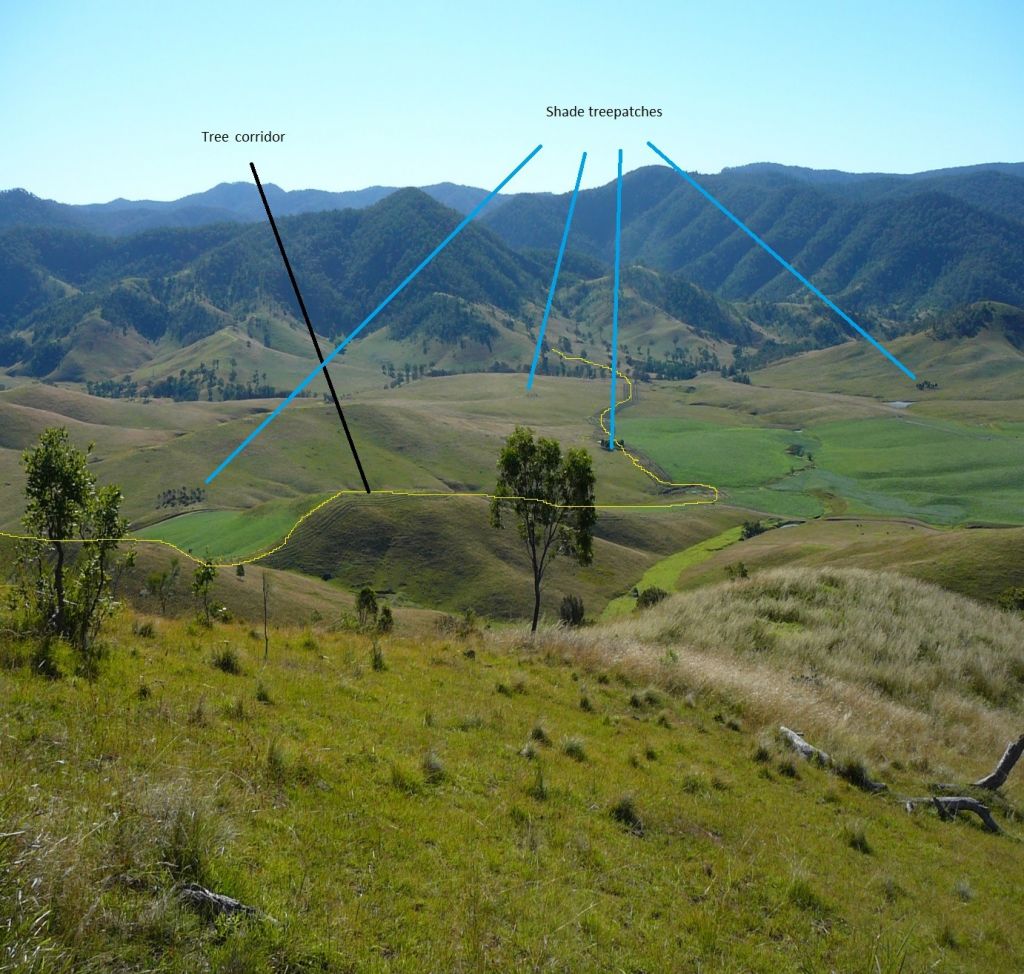 Below and above is a wildlife corridor of trees planted for wildlife and cattle     shade. Pictured are two rarer birds the for which the corridor provides shelter and also a picture of a Tiger Quoll trying its best to gain entry to the house! 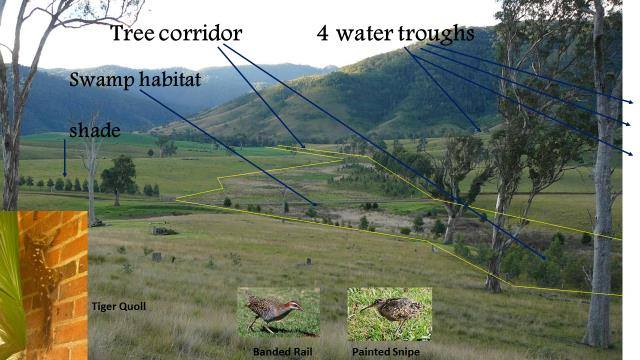